Neverwinter Tips for Grinding from Level 60 to Level 70

The grinding between level 60 and level 70 can be tedious, repetitious, monotonous, and boring. The amount of XP required to level up increases dramatically. Leveling above 60 is much more time consuming than leveling up to 60. It takes about as much XP (around 900K) to get from level 1 to level 60 as it does going only from level 69 to level 70. Here are tips to help you so that you can  grind a little easier. 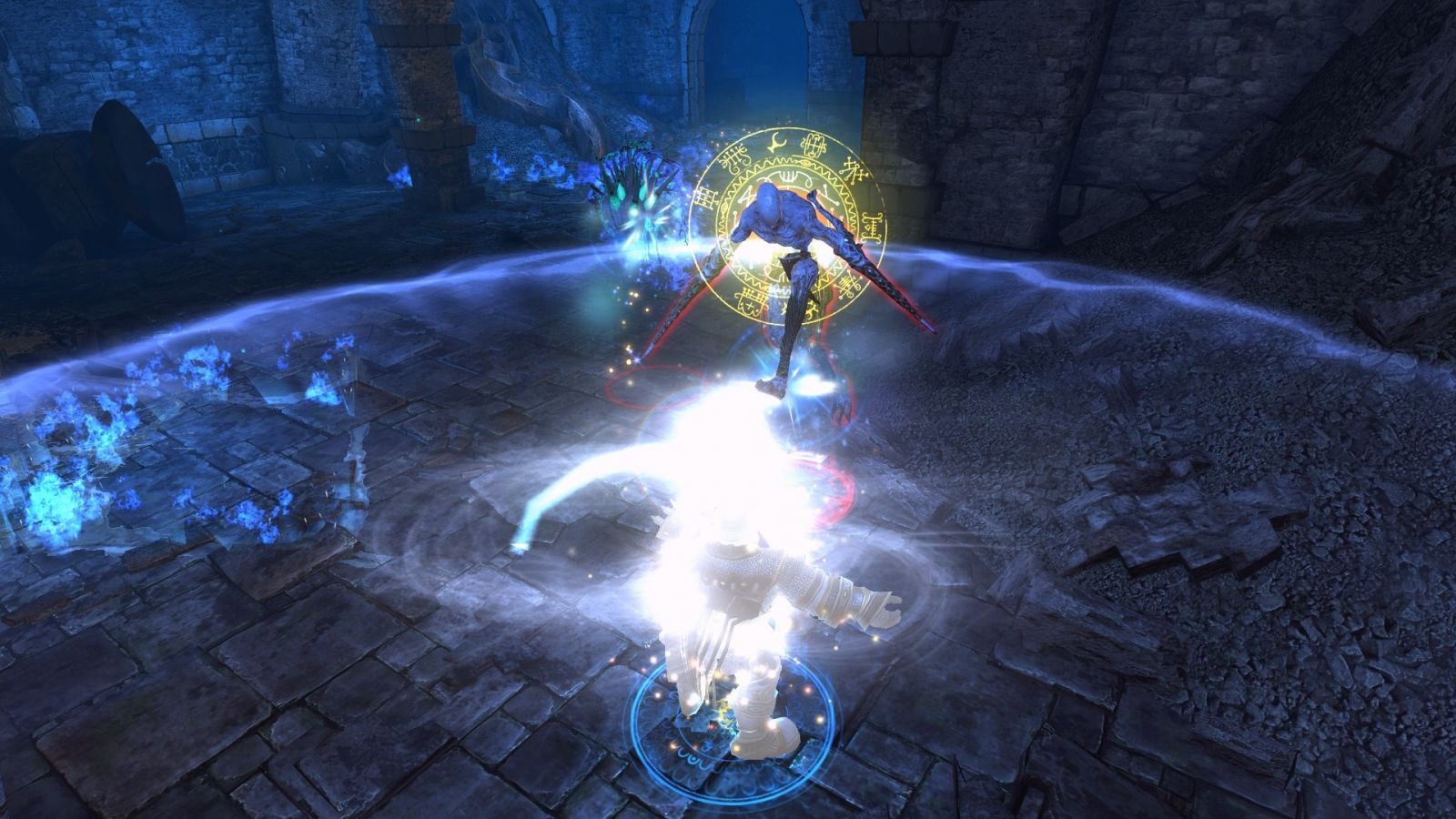 1. To maximize your XP gain, make sure you have the highest rank Azures you can afford in the Utility Slots of your Head, Arms and Feet. Rank 7 enchants in Utility Slots add an 11% XP bonus.

2. If you don't own an Artifact Cloak or Belt, buy cheap level-60 ones from the Auction House. Don't necessarily worry about stats or refining them, you only need them for the Utility slots to hold additional Azures that give extra XP. And you're very likely going to replace them with better ones when you hit 70 anyway.

3. Invoke early and often for "Free XP (and AD)".  And the 90 minutes to the 6th invoke is really worth it, because by doing it you will effectively double the time it takes to build up to 11 Celestial Coins for purchasing refining coffers from the Vault of Piety (= a chance at getting a coalescent ward).

4. Spend some quality time kicking evil's butt with Minsc & Boo. Meet Archdruid Morningdawn by the Tree of Elemental Balance in Protector's Enclave for two little trips to pick up a couple of seeds. These quests should take less than five minutes a piece, and each is worth a respectable amount of XP. Pretty soon you will be able to do those quests in your sleep.

5. Start the Elemental Evil questline by talking to Sergeant Knox when you reach level 60. It will send you to complete a series of fairly repetitive (some would go so far as to say 'boring') "Vigilance" quests in four different areas, each with an elemental theme (i.e., Water, Earth, Fire, and Air).

6. Join a Guild. The Stronghold daily quests are relatively simple and offer generous XP rewards. A lot of them tell you to do things like "Complete any 3 vigilance quests" or "Kill 50/100 mobs in this Zone" and they keep scaled with your level. The Stronghold daily dungeon quest (given by the Cleric) is considered to be one of the best sources of XP there (one person reported one netting him 65k+ with level 5 Azures slotted), and can take as little as about 5-10 minutes. Some guilds also have an XP Boon.

7. Begin work on the Tyranny of Dragons campaign as soon as you can. A goal you might consider is "Get to 70 and have completed work on ToD Boons," rather than just "Get to level 70." Don't really expect to ever see the last two ToD Boons, however, as the required Linu's Favors are about the most difficult to acquire Campaign Currency in the game and you will need 30 then 50 of them for those final Boons.

Remember to take advantage of double XP events. Hope all these tips can make your grinding more easier. Then if you want Astral Diamonds to exchange, just go to our online store to get enough you want.

Winter Festival is the latest event of Neverwinter. During the festival, you are able to get the best gear. And also, the Winter Festival features various contests and activities, and the Simril Lightcrafting limited-time profession.

Neverwinter: How to Get Artifacts

Artifacts are a new type of equipment introduced in Mod 2. Each artifact offers stat bonuses, and a power that can be used in combat. Here are ways to help you get your first artifacts and extra artifacts.

Neverwinter: How to Progress after Hitting Level 60

When you are hitting Level 60 in Neverwinter, it requires you more XP and leveling is mush slower. Making sure you have enough AD to get a decent gear is necessary. This page will give to tips for progression.

How to Get GF Item Level Up in Neverwinter

Do you play GF in Neverwinter? If you do and you are worried about lvling, then this page will tell you how to get GF ilvl up through several methods, such as enchantments, getting the artifacts, and so on.

Neverwinter: How to Improve Oathbound Paladin for Solo Play

Oathbound Paladin is one of the Neverwinter classes. Players may wonder how to invest Zen and Astral Diamonds to improve Oathbound Paladin. So the page gives you the suggestions to how to optimize the class by investment.

Neverwinter is a classical MMORPG, which attracts many players to play. So this page will give those who are new players or just reach level 70 several tips.

Best Ways to Get out of Siege of Neverwinter

Players who want to progress on Stronghold, the Siege is a good time. In order to get you out of the Siege, here are probable best ways for you.